The Daily Ant hosts an intermittent ant film series, Theatre Thursdays. This is the second installment, by our Film Correspondant Derek Langston. Enjoy!

When I decided to watch and review this film, I chose the rental option on Amazon. I was immediately greeted by a message along the lines of “Ordered by mistake? Click here to cancel order”, and I thought to myself, “This must be a warning from the gods of cinema”. Well boy were they right to warn me! What was to follow was an hour and a half of my life I will never get back. But fear not – my job is to weed out the crap from the quality when it comes to formicly-centered films so you, our faithful readers, don’t have to!

Originally released under the title Destination: Infestation, Ants on a Plane was released in 2007 as a joint production by Canadian and USA production companies (we are all of us to blame) for the Lifetime television network, directed by George Mendeluk. Mendeluk’s claim to fame is being the director of the critically panned Bitter Harvest, about the 1930’s attempted genocide by starvation in Soviet Ukraine, proving that he is capable of overcoming hurdles such as large budgets and compelling story matter to make terrible films.

A quick synopsis of the film: A flight leaving Columbia, and heading to Miami (yet again, ants + Florida = no), is struck by an infestation of genetically modified bullet ants. Apparently, these ants have adapted themselves to survive environmental destruction caused by humans (vertebrates strike again), and decide to punish their would-be oppressors by attacking passengers and chewing through fuel lines in order to bring the plane down. At some point, a government spook gets involved and threatens to have the plane blown up to protect the country from an outbreak of now-deadly bullet ants, and action and high drama ensues, or so one might think.

While the 00:39 mark is technically the first appearance of ants in the film, it is not until the 14:30 mark that our true heroes really enter the scene. The film up to that point is pretty much filler material, introducing us to our supposed hero, an entomologist played by Jessalyn Sarah Gilsig (of Nip/Tuck and Vikings fame. Fun fact: Jessalyn and I both attended McGill University in Montreal. She would go on to obtain her B.A. from McGill, and I would go on to leave after completing 1 semester earning a GPA whose number I will take to my grave). Additionally, we are introduced to a host of villains (unless otherwise specified, all human characters are assumed to be villains), including sickly drunk old man (actor not worth mentioning), alcoholic surfer-esque douche-nozzle with shell necklace played by man perpetually squinting at direct sunlight Ryan McDonell (of BSG and Smallville fame), and pseudo-cowboy offended by public breastfeeding played by Ivan Cermak (of Ants on a Plane fame), with the icing on the casting cake being the presence of the Air Marshal played by Roman jawline personified ANTonio Sabato Jr. Some of you may remember Antonio from General Hospital, and some of you who are even cooler will remember him from one of my favorite guilty pleasures, The Big Hit (starring Mark Wahlberg and Bokeem Woodbine). [Editor’s Note: And some of you who are very not cool may remember him from Donald Trump’s nomination]

The frass really hits the fan when the ants burst from a hole in the chest of the aforementioned sickly drunk old man (homage to Alien much?) with an effect that looks like the world’s least palatable fondue fountain. This triggers the aforementioned series of events, in which our 6-legged heroes are repeatedly thwarted by the dastardly crew and passengers, as well as their own nobility. Thanks to the intrepid reporters at The Daily Ant, we know ants are nothing if not noble. This is shown around the 1-hour mark during an incredibly creepy “romantic” scene in which the Air Marshall gets a bit too forward with the Entomologist, and our formic heroes attempt to intervene on her behalf, only to be sprayed with an acidic formula of Borax by…none other than the Air Marshall (fun fact, Borax to ants is like a salt line to demons – see my other guilty pleasure, Supernatural, to get that reference). Or perhaps, the ants were just trying to stop another incident of cultural appropriation (see here for an example of ant culture appropriation), as they knew the two actors were about to participate in oral-oral trophallaxis (undoubtedly to communicate their plans to fire their agents). Ultimately, the humans prevail (or do they…), the plane lands, and most of the people you have come to be indifferent to over the past 89 minutes survive. If you have reached this point in the film, give yourself a pat on the back.

I would be remiss in not mentioning a small factual error I made in my previous review of Empire of the Ants, in which I stated (concerning knowledge of ant behavior), “Nobody knows, and there is no way of finding out. If only there was a specialty field of science that dealt with ants and ant behavior…” Well it turns out somebody does know! A class of scientists known as “myrmecologists”, and it just so happens that founder and editor-in-chief of The Daily Ant, our very own Benjamin Blanchard, is just such a scientist! So I decided to consult with him concerning the authenticity of the bullet ants featured in this film, and was greeted with some very disconcerting information. As it turns out, the ants cast in this film to play the genetically modified bullet ants were, in fact, carpenter ants. I know what you are thinking, “Wasn’t this filmed in 2007? How could such blatant xenotypism exist in this modern age?” Well, that is a question best put to Judy Lee and Laura Toplass (stage name I am assuming…). Apparently these two were not particularly “ant woke” back in the early aughts – let us hope they have since adjusted their anti-invertebrate attitudes.

In closing, Ants on a Plane doesn’t offer much past the initial amusement of the reworked title. I give this film 2 bullet ant stings out of 5. 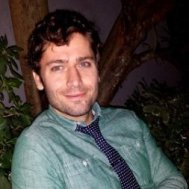 Derek Langston was born in Georgia and currently lives in North Carolina, but was a long time resident of the Midwest. He graduated with a Doctorate of Physical Therapy from Northwestern University in 2010. He divides his time between his hobby of Brazilian Jiu-jitsu and watching T.V./films. He recently decided to intentionally pick up the pen after decades of being an avid reader and fan of cinema. He has also accidentally picked up the pen a few other times in the past, for example here and here.