The Daily Ant hosts a weekly series, Philosophy Phridays, in which real philosophers share their thoughts at the intersection of ants and philosophy. This is the sixty-fourth contribution in the series, submitted by Dr. Briana Toole.

Ant hills dominated the backyard of my childhood home. I once had the misfortune of falling into one. While I felt a momentary pang of regret at damaging their home – which I often spent my free hours admiring – I felt sorrier for myself, covered in painful and itchy bites. Though I bear no ill will to the ants, I did suddenly understand why some children, in the ultimate act of vengeance, try to burn ants with a magnifying glass. But for all you psychopaths out there, there is a much cooler (read: crueler) way to kill ants. Well, army ants, anyways.

Army ants, unlike your garden-variety ant, are completely blind, and navigate by following the pheromone trails left behind by others. But, if they lose the scent, they respond by following the ant immediately in front of them. Owing to their lack of sight, they will march around in a loop until they drop dead. As it turns out, one can force army ants en masse into these ‘death spirals’ by simply diverting them into a closed circuit.

It’s easy to pity the army ant, who does nothing other than what nature has programmed her to do. It is but a cruel trick of nature that she can be manipulated so to turn against herself, leading her slowly but faithfully to her death. But are humans so different?

Much like army ants may fall prey to death spirals, humans are subject to a similar phenomenon known as echo chambers. Echo chambers are closed circuits in which an individual’s beliefs are amplified or reinforced. But where ants are lead to mass suicide, humans are led into thinking their ill-founded beliefs are better supported than they actually are.

Now myrmecologists are the folks who study the utterly bizarre behavior of ants and why they’re prone to death spirals. But it’s philosophers, and epistemologists specifically, who explore how this behavior can be mirrored in humans. Epistemologists are concerned with studying knowledge. One reason we study knowledge is that we care about truth. Understanding what conditions must be satisfied for a belief to count as knowledge better enables us to get at the truth. Just as important, however, is exploring what features or behaviors make that task more difficult. Echo chambers might just be one such feature.

For comparison, think of pheromone trails like the holy grail in epistemology – the truth. As Robert Nozick argued, good epistemic agents track the truth – that is, if some proposition is true we believe it, but if that proposition weren’t true, then we wouldn’t believe it. This has come to be known as the ‘truth-tracking’ theory of knowledge1. In the same way that ‘good’ army ants track pheromone trails, good epistemic agents track the truth. But army ants can be lead astray – into death spirals. In being diverted, army ants ‘lose the scent’ of the pheromone trail, instead following blindly the ant in the lead, marching inevitably to their death. In much the same vein, echo chambers may divert us from the truth. So in echo chambers, even if some proposition is false, we might go on believing it anyways. We’ve lost track of the truth! How do echo chambers do this?

For starters, just as we can divert ants into a closed circuit, echo chambers are closed circuits in which our beliefs are amplified. This happens in two ways. First, our own beliefs are echoed back to us by others in the echo chamber who share our beliefs. This leads us to reason that our belief must be true, because others believe what we believe! Second, echo chambers actively discredit those who voice contrary views. This leads us to reject evidence that might ultimately show us our own belief is false.

Moreover, members of these groups already have prejudicial beliefs about those who hold contrary views. Anti-vaxers tend to believe, for instance, that those who advocate for vaccinations are aligned with ‘big pharma’. As such, they take those who are pro-vaccine to be less credible. Consequently, anti-vaxxers systematically alienate themselves from epistemic resources offering information that might lead them to realize their belief is false.

One worry with echo chambers is that they make us susceptible to a certain kind of epistemic vice known as bootstrapping2. Imagine that I’m gossiping to a friend who, unbeknownst to me, is a journalist for a popular, and generally reliable, gossip-rag. I casually mention that I’ve heard rumors that Angelina and Brad are reuniting. My friend then writes this up in her magazine and I see it on the stands the next day. This then strengthens my belief that Angelina and Brad really are getting back together! But my justification for believing this (that it was printed in a magazine) presupposes the reliability of the story’s source (which is me!).

Applied to our case of the anti-vaxxer echo chamber, we can see that by filling a group with like-minded individuals, I can create a similar sort of epistemic circularity. I convince myself that there’s more evidence for my belief than there actually is, just by surrounding myself with people who already believe what I believe. And we can see parallels between the anti-vaxxer echo chamber and a number of other closed circuits, ranging from flat-earthers to climate change deniers.

Of course, echo chambers aren’t as dangerous as army ant death spirals. While it’s certainly true that we don’t drive ourselves to mass suicide every time we lose track of the truth, there is a danger near. Just look at the consequences of the success of the anti-vax movement. As a result, fewer and fewer people, especially children, are receiving vaccinations. Consequently, we’ve seen an uptick in measles, previously considered eliminated, as well as polio and whooping cough3. Failing to follow the pheromone trail can have disastrous consequences for the wandering ant. So, too, can failing to follow the truth!

3Anti-Vaccination Movement Causes a Deadly Year in the U.S 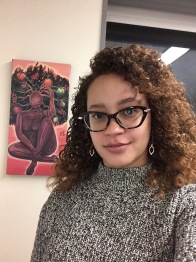 Dr. Briana Toole is a Post-Doctoral Fellow in philosophy at Baruch College, CUNY. She lives above a deli and yet her apartment has somehow attracted no ants. Suspicious. Dr. B is an accomplished watcher of television and in her spare time enjoys writing philosophy. She is also the director of the philosophy outreach program, Corrupt the Youth, which aims to bring philosophy to populations that lack access to it.