We know what you are thinking. Indeed, our production of premier ant content for general consumption has been […] 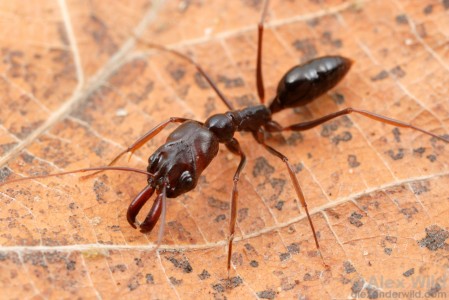 This intimidating ant is a species in the genus Odontomachus: Observe the powerful mandibles, the large eyes, the menacing […]

Earlier this week, a staff member at Rutgers – Camden Campus News reached out to The Daily Ant with an exciting […]

We already know that spiny ants are cool. But did you know that the first well-documented case of […]

We’ve once again fallen rather silent for over two weeks, yet throughout the past month or so, our devoted readership has sent us a steady supply of premier ant content. Below, we present you a list of seven interesting items we almost allowed you to miss!

END_OF_DOCUMENT_TOKEN_TO_BE_REPLACED

Are you interested in the phrase “dangling ant asses”? Of course you are. Thus, you will now use […]

Basically, we just like the name of Xymmer, an ant genus with two known species found mostly in Africa but also reported from Southeast Asia.

END_OF_DOCUMENT_TOKEN_TO_BE_REPLACED

The great Swiss myrmecologist Auguste Forel (1848 – 1931) once observed that “the greatest enemies of ants are other ants, just as the greatest enemies of men are other men.” In general, this maxim appears true – with exceptions. Once such exception was reported in 1977 in the journal Nature, by myrmecologists James H. Brown and Diane W. Davidson. These two researchers found that seed-harvesting ants compete with seed-eating rodents (!) in the Silverbell Bajada near Tucson, Arizona.