The Daily Ant hosts a weekly series, Philosophy Phridays, in which real philosophers share their thoughts at the intersection of ants and philosophy. This is the seventh contribution in the series, submitted by Dr. Miriam Schoenfield.

Ants in your pants

Ants make great real estate decisions, and this is explained partially by the fact that their decisions are made by a group, rather than an individual. In some species of ants, when a move must occur, individual worker ants scout out a variety of nest sites, and when they find one that they like, they begin to recruit other ants to their chosen site. The more ants visit a site, the better for that site, and once a certain threshold of ant visitors is reached, the issue is settled and the new nest becomes home. This group decision-making process is very effective and explains why ants do so well at choosing new nests.

If groups are so much better at making decisions than individuals, you might think: wouldn’t it be great if, even as an individual, I could make a decision as if I were a group? Well, you may be in luck, since some philosophers and decision theorists think that ordinary individuals like us should be represented, in their decision making, as something that’s more like a group entity than an individual. Why would that be?

Here’s an example to illustrate: suppose that, like the ants, you also need to make a real estate decision. You could buy a house in a great location but that’s pretty small (let’s call this option S – for small), or a house that’s in a less desirable locale but bigger (this will be B – for big). You don’t have a clear preference for one over the other and you just can’t make up your mind. Now imagine that your real estate agent calls and says “great news! The seller of the small house has agreed to leave you her jug of olive oil if you buy the house, since the movers won’t take it with them.” How would you react?

Why does this matter? Because if the olive oil doesn’t break the tie for you, this means that we can’t model you in a way that assigns to each of your options a number that represents its value. And that’s what traditional decision theorists like to do: they like to pretend that if you prefer chocolate to vanilla ice cream, then there’s some number, representing the value to you of chocolate ice cream, and that that number is greater than the number that represents the value to you of vanilla ice cream (maybe chocolate gets 10 points, and vanilla gets 7). Here’s why the number thing won’t work in the house case:

Since you initially didn’t prefer S to B or B to S, if we’re going to model you in a way that assigns a number to each option it would have to the same number. After all, if you assigned a bigger number to one than the other, that would mean, on the standard model, that you prefer one to the other – but you don’t. So it will have to be something like S gets 10 points and B gets 10 points. Now let’s call the option in which you get the small house with the addition of the olive oil “S+” (since it’s a small improvement on S). If we’re in the business of assigning numbers, the number that gets assigned to S+ is going to have to be at least a bit bigger than the number assigned to S because, remember, the olive oil isn’t worth nothing to you: you prefer S+ to S. So let’s pretend that S+ gets 10.0001. Now we have a problem: If S+ gets 10.00001, then, since B gets 10, that means that you must prefer the small house with the olive oil to the big house. But the point, recall, is that the olive oil doesn’t break the tie. You don’t have a preference between the small house with olive oil and the big house, just as you don’t have a preference between the small house without the olive oil and the big house – but if S+ gets a bigger number than B, the model is telling us that you do.

I just illustrated that people like us, for whom small perks don’t always break a tie, can’t be represented in their decision making using numbers. So if want want to model our decision making, how should we do it? A popular idea at the moment is to think of ourselves as consisting of a “committee” of individuals. To illustrate, let’s pretend that your committee consists of a bunch of ants. The idea is that while your preferences can’t be represented numerically, the preferences of each of your individual ants can be. Some of the ants on your committee have strong feelings in favor of the big house and some have strong feelings in favor of the small house. Some have mild preferences in favor of one over the other and there’s even one ant that weighs them exactly equally, and that one little ant does get swayed by the olive oil to change her mind. So that’s what’s going on with your ant committee, but what about you? The idea is this: when you ask your ant committee: “should we go for the small house or the big house?” all you hear is a cacophonous disagreement. That’s why you have no clear preference: your committee is divided. If you ask your ants: “Hey – if we get the small house, should we take it with the olive oil?” you’ll hear a harmonious “yes.” After all, even those ants who oppose the small house think that if you’re going to take the small house, you might as well get the free olive oil. But if you ask them: “Should I take the small house with the olive oil, or the big house?” then you’re back to chaos. There is still plenty of disagreement and that’s why you still lack a preference: even once the olive oil is introduced, your committee remains divided.

We started out observing that ants make some pretty great decisions because they make them in groups. So should we be happy that our decision making turns out to be best represented by thinking of ourselves as consisting of a committee rather than as a single individual? Sadly not. In fact, there are good reasons to think that agents that need whole committees to represent them will do worse over time than agents who can be represented in the usual way. So what’s the difference between us and a well-functioning ant colony? Well first, to state the obvious, we’re just modeling ourselves as consisting of a committee – there’s no actual committee in your head. So you’re not reaping the benefits of having multiple independent sources of information. But second, unlike the ants, who use a very elegant sort of voting procedure to resolve the disagreement between individual members, on these models, our “committees” are very crude and not at all cooperative. All you get from your committee is “we agree!” or “we disagree!” And when it comes time to make a choice and there’s disagreement, on this model, we basically make a choice arbitrarily. Not so with the ants.

The moral? Even though ants are great real-estate decision makers, if you’re trying to buy a house, it doesn’t pay to have ants in your pants. 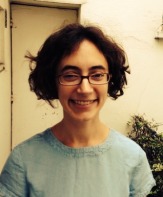 Dr. Miriam Schoenfield is an assistant professor in the University of Texas at Austin Department of Philosophy, with interests in epistemology, ethics, and normatively. Her work has been published in various journals including Nous, Ethics, and Philosophy and Phenomenological Research. For more on Dr. Schoenfield’s work, check out her recent in-depth interview in 3:AM Magazine!