The Daily Ant hosts a weekly series, Philosophy Phridays, in which real philosophers share their thoughts at the intersection of ants and philosophy. This is the twenty-fifth contribution in the series, submitted by Dr. Gabriel Richardson Lear.

Aristotle and Myrmecology as a Humanistic Discipline

“The study of ants is the way to self-knowledge.” Aristotle didn’t actually say that, but he might well have believed it. At least, there is a philosophical ambition to his approach to biology that invites self-reflection. Aristotle’s strategy in biology was to take vast quantities of data—some apparently his own observations; much of it reported by others—about all sorts of animals and categorize them on the basis of similarities and differences in their functional parts. So for example, all animals perceive—that, according to Aristotle, is just what distinguishes animals from plants—so all animals must have sense organs. But not all animals have all five senses; and even when a group of animals shares, say, the sense of smell, their noses vary in shape and proportionate size and in fact some of them—for example, the ant!—do not have noses at all. So, in creating the class of animals who smell, we include all animals with noses or some analogous organ. Aristotle’s recognition of functionally analogous parts in different species of animal is not only a major advance in the history of biology, it also invites philosophical reflection on what it means to be an animal and, in particular, to be the kind of animal we human beings are.

Consider again the example of ants and the sense of smell. How do we know ants smell, if they don’t have noses? (I have read that ants smell with their antennae, so I take it Aristotle was right about this.) To answer this question, we have to think again about what it means to smell. Whereas we might have assumed that smelling was necessarily a matter of sniffing, it turns out that the connection with inhaling is only contingent, true only for animals who smell with noses. Aristotle admits to perplexity concerning the question how ants smell. But he says that we can tell that ants do smell, because they are able to find food that is far away (De Sensu 5). A modern philosopher, such as Thomas Nagel, might be astonished by Aristotle’s confidence on this matter; how can we know that ants smell if we cannot hope to enter their ant-subjectivity? But Aristotle’s approach, emphasizing function and analogy, avoids this problem. Ants march up and down and around corners because, presumably, they have detected that there is something good to eat in the distance. Likewise, we make a beeline—or should I say, an ant-line—towards the kitchen when we detect that there is some bacon frying in there. That is to say, we and the ants smell it. We can discern and distinguish different scents. We don’t need to know “what it’s like to be an ant” to know that we are like them in this important respect.

Reflecting on the ant shows us that smell is, at a minimum, a distance sense for food (as opposed to taste, which is a contact sense for food or its opposite). But that, in turn, draws our attention to the fact that, for us at least, smell is not only the distance sense for food. Aristotle is aware (of course) that we take pleasure in the smell of certain flowers or perfumes and he notices that the sort of pleasure we take in these scents is quite different from the pleasure of “nutritive” scents (De Sensu 5). The smell of bacon on a Sunday morning prompts me to get out of bed, go into the kitchen, and eat the bacon I find there. By contrast, the smell of a peony prompts me only to go on smelling. Aristotle was very struck by this fact that human beings, but (apparently) not ants, take pleasure in smelling—and looking and hearing and touching and tasting—simply for its own sake. In fact, he interpreted this as a piece of evidence for one of his most important claims about human beings: “All human being by nature desire to know. An indication of this is the delight we take in our senses; for even apart from their usefulness, they are loved for themselves; and above all others the sense of sight. For not only with a view to action, but even when we are not going to do anything we prefer sight to almost everything else. The reason is that this, most of all the senses, make us know and brings to light many differences between things” (Metaphysics I.1). So we are led via the path of the ant to awareness of our own, perhaps distinctively human, way of existing as animals in the world.

Take another similarity we have with ants: According to Aristotle, we and the ant are among the relatively small class of “political” animals. This sounds a bit strange, so sometimes people translate the word “politikos” in this context as “social.” But if we do that, we risk missing the more specific and interesting thing that Aristotle is trying to say. Herd animals are social in the sense of living their lives in groups, but Aristotle draws a distinction between ‘political’ animals and ‘gregarious’ animals such as cattle. Merely gregarious animals associate with each other for the sake of mutual protection, but basically lead their lives as individuals, living side by side. Political animals live together in a stronger sense than this. For one thing, they create their own habitats—ants make colonies; bees make hives; human beings make cities (city=polis)—where they can live together (History of Animals I.1). But more important, the life political animals live is an activity that is essentially shared with others. Or as Aristotle puts it, “Political animals are such as have some one common object in view” (History of Animals I.1). Ants work together: one ant finds food; the others follow; and when they take it back to the colony, they share it. We live this way, too, even if there are some among us who do not seem to fully appreciate this fact.

But just as with the sense of smell, noticing that we are like ants insofar as we lead “political” lives invites reflection on the way our form of being political differs. Aristotle points out two differences. First, he thinks we are “more political” than ants and bees because we can talk to each other about what’s good and bad, just and unjust (Politics I.2). His point isn’t entirely clear, but I think what he means is that language allows us to share not only an activity, but also the way that activity seems. Because we have language, we can persuade each other to “see things our way” and that makes the activities we decide to do together more of a joint endeavor. Second, Aristotle believed that unlike human beings, ants have no rulers (History of Animals). I do not know whether he was right about this. He seems not to have realized that ant colonies have “queens”…but how analogous are ant queens to human queens really? In any case, Aristotle’s reflection on the ant allowed him to entertain the possibility that life activity can be shared with others—it can be “political”—without there being a person (or ant) designated as the one in charge of holding it together. And that, in turn, can prompt us to question why it is that human shared life usually does have leaders and to reconsider what a good leader ought to be like.

In a beautiful passage of the Parts of Animals, Aristotle says that every aspect of nature, no matter how small or humble, is marvelous and worthy of study: “For if some have no graces to charm the sense, yet nature…gives amazing pleasure in their study to all who can trace links of causation and are inclined to philosophy” (I.5). We may have decided he was wrong about how natural causation works, but this sentiment is one we can share. For Aristotle, the study of ants is both a scientific and a humanistic discipline. In coming to understand ants, we learn more about how in general the natural world works and also come to understand ourselves. 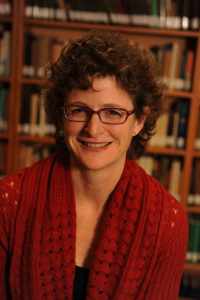 Dr. Gabriel Richardson Lear is a professor and chair of the University of Chicago Department of Philosophy. Her work on Ancient Greek philosophy and ethics include “Aristotle on Moral Virtue and the Fine” and Happy Lives and the Highest Good.  For Dr. Richardson Lear’s engaging take on Plato and philosophical wonder, see here. Or, if poetry is more your thing, listen to this discussion of Plato’s philosophy of poetry on the Elucidations podcast, here.