The Daily Ant hosts a weekly series, Philosophy Phridays, in which real philosophers share their thoughts at the intersection of ants and philosophy. This is the thirty-fifth contribution in the series, submitted by Dr. Megan Wallace.

Certain reflective ants spend their lives asking deep, meaningful questions such as: Do ants have free will? Do ants have souls? Does ‘good’ mean the greatest happiness for the greatest number of ants? Is it morally permissible to use other ants as a means to an end? Is there an ant such that no ant is more fantastic than it? And so on.

Of these contemplative ants, there is a subset that study the more fine-grained discipline of antology – the study of what there is.

One might think that the study of what there is would be rather uninteresting. To find out what there is, just go out and look: a blade of grass, a puddle, a large leaf, an army of ants. DONE. What’s so deep and meaningful about that? What’s left to descant?

Surprisingly, antologists disagree on quite a lot.

Some ants, for example, think that in addition to grass, puddles, leaves, and ants, there are also mereological sums of grass, puddles, leaves, ants, sums of these sums, and so on. A mereological sum is a whole composed of various parts. Mereological Universalists think that for any two things, there is a mereological sum of these things. This results in odd objects such as the mereological sum of the top half of the anthill and the thorax of the drone ant closest to the queen. Another odd result: there are way more many objects than we may have initially thought. And perhaps the oddest result of all: if universalism is true, we can know a priori that there are an odd number of things in the universe (for any two objects produce a third, which we assume is not identical to the original two, etc.). That’s pretty outlantish.

Some antologists think universalism is too permissive to be true. Mereological Nihilists argue that there are no mereological sums whatsoever – there are no composite wholes. Rather, the world is composed of mereological simples, partless bits that are not (proper) parts themselves. Nihilists deny that there are composite objects like anthills, ants, and leaves. This may seem crazy. But the nihilist (nihillist?) offers substitutes that are supposed to assuage our dismay: there are no anthills, but there are simples-arranged-anthill-wise. There are no ants, but there are simples-arranged-ant-wise. And so on. Simples (arranged in various ways) are supposed to alleviate our discomfort over an otherwise scant metaphysic.

In response, some antologists have proposed middle ground. The Mereological Sometimes-ist claims that sometimes two (or more) things compose a whole, and sometimes they don’t. This is the moderate position, equidistant from two extremes.

But where to draw the line? What are the conditions under which some things compose something, and some things don’t? One suggestion is to let common sense be our guide. We can tally up the things ants readily admit to or talk about in ordinary discourse, contrast this with the things they reject, and see if a principled difference becomes becomes apparant.

Most ants recognize that there are blades of grass, puddles, leaves, and other ants. Most ants do not admit of weird hybrids such as mereological sums of portions of puddles and leaves. So perhaps the difference between when some things compose something and when they don’t has to do with connected-ness or contact or unity: blades of grass, puddles, leaves, and ants all have parts that are connected, in contact, or unified in someway; mereological sums of random portions of these things are not. Will this antser suffice?

Sadly, no. A yard, for example, is an enormously huge expanse of seemingly disconnected stuff: blades of grass, a puddle, some leaves, dirt, and so on. Yards are so big that no ant can see an entire yard all at once; it is only ever seen in small, disconnected bits at a time. And intuitively, there is nothing that unifies or connects the things in any one yard, nor any principled element that separates or distinguishes one yard from another. Moreover, the grains of sand in a heap of sand are just as connected as the grains of sand in an anthill, but a heap of sand is not a composite thing yet an anthill is. So, unfortunately, connected-ness (or contact or unity) is neither necessary nor sufficant for composite objecthood.

Other answers are available, but some argue that they are all equally inadequate. One reason is because any sometimes-ist view is bound to be too antpocentric. The primary advantage of any sometimes-ist view is supposed to be that it aligns with an ant’s common sense intuition about ordinary objects, in exactly the way that universalism and nihilism do not. Ants care about grass and puddles and leaves and other ants, so these things exist. Ants do not care about otherwise aberrant sums of these things, so these things don’t. But come on, now. What are the chances that the world aligns in just the way that an ordinary ant thinks that it does? How amazing – how advantageous – that the universe is arranged to have exactly the sorts of objects that matter to ants!

Another reason, some argue, is that any sometimes-ist view is subject to arbitrariness worries. That is, there cannot be any principled antological difference between the objects ants ordinarily accept and the ones they ordinarily reject.

Most ants, for example, will accept islands: large mounds of dirt surrounded by large bodies of water. Most ants will also accept that the bodies of water surrounding islands ebbs and flows, that sometimes new islands come into existence (when enough water recedes to reveal a ‘new’ mound of dirt), and sometimes they cease to be (when enough water covers an ‘already existing’ mound of dirt).

In response, some sometimes-ists have insisted that, despite initial appearances, there IS a significant antological difference between islands and inants. Contrary to what was suggested above, islands do not cease to be when submerged by surrounding water – they merely cease to be islands. An island is merely a phase sortal or kind, a stage that something goes through much like a larva or pupa is a stage in the life cycle of an ant. When an ant ceases to be a pupa and becomes an adult ant, all that has happened is that one thing – an ant – has gone from being one kind of thing, a pupa, to another kind of thing, an adult ant. But, importantly, the number of individuals in the world has not changed. Similarly, when an island is submerged under water, there is still something there – a mound of dirt – which has gone from one kind of thing, an island, to another kind of thing, a lost land. Importantly, the number of things in the world has not changed.

Yet once we introduce the notion of phase sortals or kinds, some may object that we have merely pushed the problem back. Instead of figuring out what things there are, now we want to know what kinds of things there are. Consider inants* and outants*, which are phases or kinds much like islands and larvae: an ant that is inside of the anthill is a certain kind of thing, an inant*, whereas an ant that is outside of an anthill is another kind of thing, an outant*. Are these legitimate kinds? That would be weird – I just made them up! It’s difficult to get more arbitrary than randomly making things up. And if sortals and kinds are so easily had, how are they at all antologically significant? But if not, then what makes larvae and pupae and islands and lost lands legitimate kinds, but inants* and outants* not?

Moreover, we may also question whether it even makes sense to talk about counting the number of things in the world independent of any sortal or kind concept. Look out of your anthill right now. How many things are there? Suppose you say 3: a puddle, a leaf, another ant. But each of these things is composed of parts, and those parts are likely composed of parts, and so on. So how many things are there? There is one puddle, but also billions and billions of water droplets. There is one ant, but also six legs, two antennae, two compound eyes, some claws, an abdomen, a thorax, and a head. Once we admit of composite objects, questions like how many? seemingly have no straightforward answer. Moreover, some might argue that such questions are in principle unanswerable until we provide a sortal or kind by which to count. I can tell you how many ants there are, or how many legs, or how many water droplets, but I can’t tell you how many things there are, independent of a sortal or kind by which to count. But if this is right, then it undermines the sometimes-ist defense above.

At this point, some might be frustrated with where the debate has taken us. Don’t ants have better things to do with their time than to drone on and on, spending all day antalyzing what there is (or what kinds of things there are)?

In frustration, some disenchanted ants have argued that all of this antological disagreement is mere folly and word-play. Quantifier Variantists, for example, insist that the existential quantifier “there is” or “there exists” is equivocal. Depending on context, and the language we use, sometimes there are objects such as weird gerry-mandered mereological sums, and sometimes there aren’t. We can choose to talk in a way that allows such objects in our antology if we want to, but we need to realize we aren’t speaking ordinary Antlish when we do. And whether we do or don’t, there is nothing deep and enigmantic going on here.

Alas, this is taking us from antology to meta-antology, a related but distinct area of study. While important, these are philosophical antics for another day.

1Some of the following is not true. 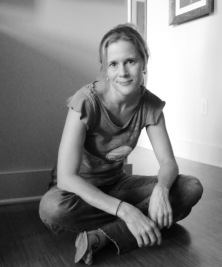 Dr. Megan (“Meg”) Wallace is an Associate Professor at the University of Kentucky. Wallace received her PhD from UNC-Chapel Hill in 2009. She spends most of her time thinking about ontology, parts and holes, composition, ordinary objects, persistence, modality, and kicking around philosophical puzzles. One of her current non-research-but-still-taking-philosophy-seriously projects includes combining circus and philosophy, which uses physical circus skills and performance art as a pedagogical tool to lure students into thinking deep thoughts about the world. Curiously, Wallace has never really given much thought to ants until now. But she is preparing a response to this book, and sent along a picture: