The Daily Ant hosts a weekly series, Philosophy Phridays, in which real philosophers share their thoughts at the intersection of ants and philosophy. This is the fifty-sixth contribution in the series, submitted by Dr. Audrey Yap.

“Ants,” the sign simply read, resting on a water fountain.

Communication is a tricky thing. At least for humans. Since my expertise has more to do with how we can talk to each other about ants than how ants talk amongst themselves about us, I’m going to stick to the former topic for now and leave the antennae business to others.

The point of this sign, as I gathered from its author, was to warn others of the fact that said water fountain was prone to dispensing streams of ants along with its streams of water. And the point of bringing that up is to show that we do things with speech beyond just uttering sounds or producing shapes that correspond to words. With speech, I can make a promise, say, to refrain from drinking the ant-water at the fountain. I could resign from a local organizing committee that planned a conference at a location where water fountains concealed streams of insects. Or I could, as this author did, warn others of ants in a water fountain, by writing a sign or sending an email.

But doing any of these things requires certain background conditions to be met.

For an “ants” sign on a water fountain to constitute a warning, there has to be appropriate uptake by others. If it is misunderstood, for instance, as labelling the water fountain that should be used by ants, or that is exclusively for the use of attendees of a conference whose acronym is ANTS, then it fails to be a warning. And for me to resign from a committee, a background condition is that I be a member of that committee in the first place. Otherwise, even if my intention and locution are both clear, I still fail to resign. Admittedly, promises are a bit different. Even a promise that I have no intention of keeping generally still counts as a promise, and is something that I can be held accountable for.

Now, lots of feminists writing about speech point out that these background conditions are often subject to social factors. For instance, Rae Langton (1993) and Jennifer Hornsby (1998), in writing about pornography, write that it can have the effect of silencing women in their attempts to do things like refuse sex, by making it more difficult for the background conditions of refusal to be met. After all, to refuse something, the other person has to both recognize your speech act as one of refusal, and moreover to take it seriously. Rebecca Kukla (2014), in writing about gender and speech acts, argues that the social identity of the speaker can affect the uptake that their speech act will receive. In such a way, a man and a woman uttering the same words in the same social situation may end up performing different speech acts for reasons beyond their control; where the man’s speech act may be an order, the woman’s may simply be a request, even if they are technically in the same position of authority. One important feature of this claim, though, is that none of us are fully in control of the force of our speech acts. But people who are relatively disempowered are also subject to a kind of downgrading of their speech acts, so that what’s supposed to be expert testimony becomes just an opinion, and so on.

Given concerns over free speech in the current political and academic climate, and social progressives sometimes positioned as enemies of free speech, these are useful points to think through. One of the valuable things about free speech, after all, is that it promotes a diversity of viewpoints. But if we are and have always been in a social environment in which some people will be taken as providing expert knowledge while others will simply be taken as expressing their feelings, despite having the same qualifications, it’s not clear to what extent we’ve ever genuinely had free speech.

Even in a totally just world, we wouldn’t get to perform absolutely any speech acts we might want to. I should be allowed to do things like express political views and make puns about aquatic mammals. But the right to express my views doesn’t exempt me from having them criticized or guarantee that others will agree with me, at least not any more than my right to make bad puns guarantees that my friends laugh when I say “why I otter…” for the nth time. That’s part of the point of saying that uptake is important.

But especially in an unequal society, questions of speech and uptake get complicated, because we know that some people get better uptake than others. And some people’s speech acts can affect the extent to which others get the uptake they might deserve due to their credentials or situation. After all, one point that some feminist philosophers mentioned above make in their arguments against (certain kinds of) pornography was that it can be seen as a kind of speech act that silences others, by curtailing their ability to perform certain speech acts of their own. Whether or not you believe that pornography does that, it’s at least the case that some speech acts can discredit other people, and thereby prevent them from performing certain speech acts themselves. Someone with more social capital can position themselves as a dispassionate inquirer in a debate, while their interlocutors are forced to argue for their own intellectual or social equality. This is the kind of thing that can happen when a misogynist dismisses a woman as hysterical, making it more difficult for her to be seen as providing rational arguments for a position, or when someone with more social privilege accuses someone with less of being self-serving when they make demands for greater justice.

Issues like these are why some academics prefer to shift the question to academic freedom instead of free speech, because the idea of academic freedom generally brings with it the issue of using it responsibly, and being responsible inquirers who are attentive to the repercussions of our speech.

This isn’t to say, though, that we should be held responsible for thinking through every possible consequence of our speech acts. If the ANTS annual meeting is at the same location as the philosophy conference at which our warning sign was placed, but our ants-warner didn’t have any way of knowing about it, maybe due to insufficient ANTS-related signage, then a misfire of their warning resulting in confusion and perhaps offense might just be an unfortunate accident. On the other hand, if the term “ants” were a relatively well known derogatory term used for a marginalized ethnic group in our society, perhaps one with a history of segregated facilities, then we should think that a bit more caution would be required before putting up such a sign. Further disambiguation, such as “there are ants in this water fountain,” might be warranted.

I don’t know if other social animals like ants run into the same kinds of problems with speech acts as we do. I mean, I’m not really sure just what it takes for chemical signals to misfire, but maybe we can imagine the pipes underneath the CPA water fountain for just a moment, having lured in a small but unsuspecting swarm with a pheromone trailed marked only with “humans.” 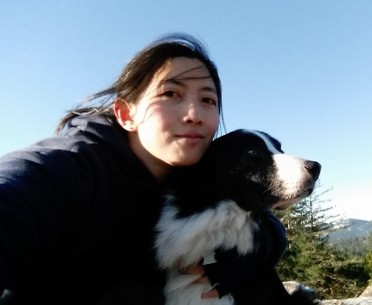 Dr. Audrey Yap is an Associate Professor of Philosophy at the University of Victoria, in Canada. She is a lapsed philosopher of mathematics who now primarily works in feminist philosophy, though late 19th and early 20th century algebra will always have a special place in her heart. Most of her work these days has to do with feminist epistemology and how it can help us make sense of grim issues like gendered violence. To keep the despair at bay, she lives with her two Very Good Dogs.