The Daily Ant hosts a weekly series, Philosophy Phridays, in which real philosophers share their thoughts at the intersection of ants and philosophy. This is the thirteenth contribution in the series, submitted by Dr. David Schwartz.

Human nature is a perennial topic of Western philosophy: What does it mean to be human? What distinguishes humans from other species, or from machines? The history of philosophy is filled with answers, the most famous being that humans are the political animal, the thinking animal, the self-conscious animal, the tool-making animal, the warring animal, and the linguistic animal. Of particular interest to my field, ethics and value, is the claim that humans are the ethical animal. That is, we are the only animal that has a sense of fairness and justice, can act altruistically, and that possesses the free will needed to choose moral duty over instinctual reaction.

While it has taken philosophers a long time to catch up, this way of thinking about humanity – that we are different in kind from all other species – began to crumble with the work of Charles Darwin. His idea of natural selection offered a plausible mechanism that confirmed the idea that species are not immutable ‘natural kinds’ but only temporal snapshots of an on-going developmental process.   This greatly upset many people because it implied that humans were not different in kind from all other species, the sole possessor of an immaterial mind. Rather, humans differ from other species only by degree of evolutionary development. So while only humans can do mathematics or write literature, this does not mean these abilities are super-natural or somehow transcendent of material processes. It does mean that understanding human nature now requires understanding our evolutionary history.

The implications of evolution for ethics are just as significant. Darwin himself wrote that our moral conscience originated in the same love of kin felt by all social animals, and that traits such as fidelity, courage, and altruism quickly spread through our species because they had clear survival value for our early ancestors. But not until the 1970s did these ideas begin to be appreciated widely.   In his 1978 book On Human Nature, entomologist E.O. Wilson elegantly argued that explanations of human ethical traits such as altruism and reciprocity need not appeal to transcendent values but could be explained materially using a combination of natural selection and population genetics. Now, a full-blown, interdisciplinary industry exists to explore human morality in evolutionary terms.

If Darwin and Wilson are correct, one would predict finding at least rudimentary forms of ethical behavior in other species. And once scientists started looking seriously, that is exactly what they found. We now know that altruism and reciprocity exist in a wide variety of species, including bonobos, chimpanzees, dolphins, wolves, vampire bats, and many different birds.   Many readers may not find this surprising given that all these species are vertebrates with sophisticated nervous systems. Yet this is precisely where things get really interesting, for in fact such behaviors are not confined to these more complex organisms. Rather, they also occur in critters that are not much like us at all, which brings us to the ant. While they may have six legs, an exoskeleton, and little to no brain, ants adhere to strict social hierarchies and perform specialized jobs. They bury their dead in dedicated chambers and practice agriculture by cultivating edible fungus on leaves they import into the colony. Other ants go a rung further up the agricultural ladder and keep livestock. That’s right, livestock. Several ant species diligently tend aphids, moving them from place to place on a plant and ‘milking’ from them a sugary excretion which they slurp up as an energy-rich food source.  When an aphid has consumed all the nutrients available on one leaf, an ant picks it up and carries it to a new leaf to continue production. Further, when a rain storm approaches and threatens to wash way or drown the aphids, the ants – just like all good shepherds — pick up the aphids and shuttle them to more protected foliage near the plant’s center. Once the danger passes, the flock is quickly returned to its ‘pasture.’

Returning to ethics, E.O. Wilson has argued that the organisms that come closest to practicing the extreme forms of altruism found in humans (i.e., altruistic suicide) are not mammals but — you guessed it – ants and other social insects. This raises questions that go to the core of our beliefs about ethical life. Even if one thoroughly accepts that human ethical behavior arose as an evolutionary adaptation, surely this happened relatively recently, only after mammals appeared and developed sophisticated nervous systems. How is it possible that such behavior is also found in a creature with almost no brain at all? What does this mean for our understanding of ethics (and of ourselves)? Perhaps one thing it means is that that we don’t understand ourselves (or our ethical life) as well as we like to think. Could it be that altruism and reciprocity are not in fact grounded in the higher cognitive faculties possessed only by humans and mammals? While we no doubt apply these higher faculties when grappling with ethical problems, perhaps such cognition is an ethical superstructure built upon a much simpler foundation that we do share with ants. While tackling these questions would require a team of entomologists, psychologists, and evolutionary biologists (to name just a few), simply pondering these questions rattles our received wisdom about human ethical life.

And the questions don’t stop with ethics. If one grants the seemingly safe assumption that ants are not capable of robust subjective experience akin to humans and other mammals, then what are we to make of the complex behaviors – from the altruism to agriculture – observed within ant colonies? One plausible explanation is that these behaviors reflect a pattern of intelligent action without conscious experience. That is, perhaps the ants act out an intelligent pattern of behavior developed through natural selection but lacking in conscious awareness or control.   If so, then similar questions arise for other behaviors found in both humans and ants, such as the construction of artifice. Assuming their simple anatomy precludes conscious awareness, how are we to explain the ability of some termites to construct earthen mounds up to 17 feet high that don’t overheat in the hot Australian sun because of a sophisticated system of ventilation tunnels and a geographic orientation that minimizes the surface area exposed to the sun during the hottest times of the day? If ants can do this with little or no consciousness, should we be so certain that human artifice is rooted solely in our conscious awareness? Again, we no doubt apply our big brains to make exceedingly complex objects that ants could never make, but this does not mean that the fundamental drive to construct things is not rooted in forces much deeper in our evolutionary history and our Pleistocene psyche.

This discussion of evolution and artifice leads inevitably to consider art. No, I’m not talking about what some have called an evolutionary drive to make art but rather an object of art that I drive every day – “The Ant Car.” Inspired by the amazing life of ants (along with the amazing work of other car artists around the country), ”The Ant Car” is an homage to ‘the little things that run the world.’ It is also a car being reclaimed by nature.   The artifice that is a Volvo sedan is being taken over by vegetation, by erosion, and… by ants!   Yet a closer look shows that these natural forces are in fact thoroughly artificial – the ants are made from steel, the grass from aluminum, and the vines from copper. And the ant mound on top – while not 17 feet high — – is made of that most unnatural of substances, Bondo. An even closer look reveals that each ant is carrying an icon of human artifice, such as the Statue of Liberty, the Eiffel Tower, and a can of Five Hour Energy Drink. Ants were here long before us and will likely be here long after. The great achievements of human culture may well be but fodder for the recombinant forces of nature, however sublime or miniscule. We humans seem to be the only ones bothered by this in the least. 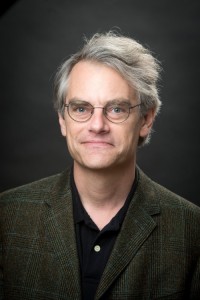 David Schwartz is the Mary Frances Williams Professor of Humanities and Philosophy at Randolph College. He has written books on public funding for the arts and consumer ethics. His current research focuses on ethical issues raised by the environmental practice of re-wilding. In fall 2017, he will be the Garrey Carruthers Endowed Chair in Honors at the University of New Mexico. See pictures and video of The Ant Car at www.theantcar.com. For more on consumer ethics, visit www.consumingchoices.com.