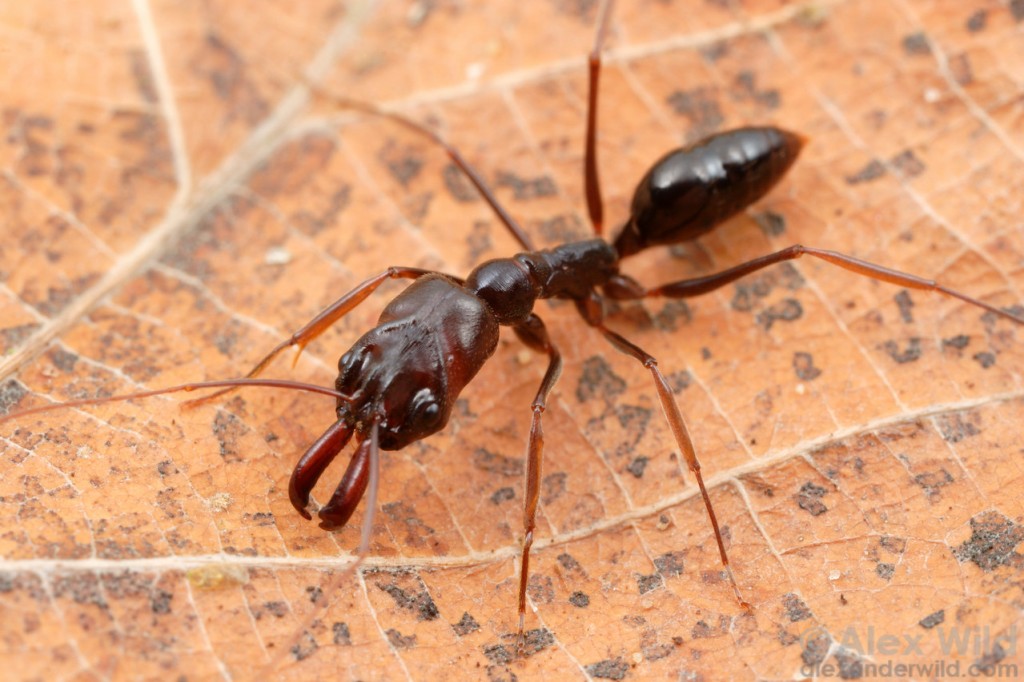 This intimidating ant is a species in the genus Odontomachus:

Observe the powerful mandibles, the large eyes, the menacing form. Conventional wisdom must assume that such a fierce warrior is a natural winner in the ant race that is life.

Get ready for the upset.

This pleasant ant is a species in the genus Formica:

Charm yourself with the squishy form, the nondescript appearance, the wilting flower demeanor. Think such an ant is a loser in life?

Dr. Adrian Smith, head of the Evolutionary Biology & Behavior Research Lab at the North Carolina Museum of Natural Sciences & North Carolina State University, just released a remarkable video from his lab about new work on fights between Odontomachus and Formica ants… and let’s just say that Odontomachus is NOT the skull collector!