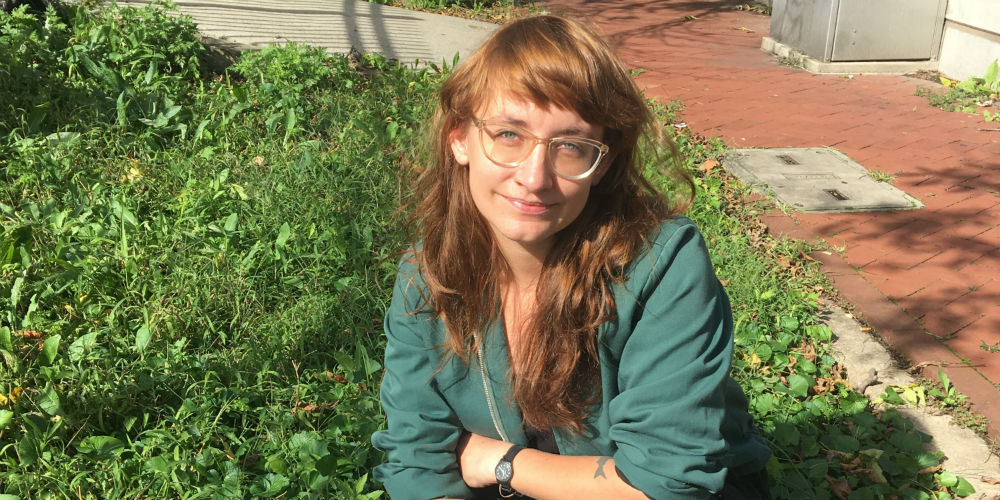 Earlier this week, a staff member at Rutgers – Camden Campus News reached out to The Daily Ant with an exciting press release. The release highlights the work of Sammy Schofield, a researcher and undergraduate student in Dr. Amy Savage lab:

Schofield’s project examines how fine-scale habitat complexity affects the diversity of species of arthropods such as ants in high-stress environments. Schofield is monitoring the changing types and frequencies of arthropod species at stops along the NJ Transit River Line in Camden and Trenton. At each of eight locations, she observes one grassy section near a River Line stop in its natural state. Nearby, she lays down bricks in grassy areas to create a few patterns to observe what insects are attracted to the more complex patterns.

Schofield further notes, as quoted in the release, that Camden is “a very good representation of a high-stress environment,” and that “[t]here’s constantly people coming in and out and there is always trash everywhere so I think it’s a very good indicator of a broader city pattern.”

Needless to say, this research on ants (and other critters) is of direct importance to understanding drivers of insect diversity in cities, and possibly also instructive on how cities might be able to promote healthy insect diversity in the most anthropogenically-disturbed habitats in the world. Furthermore, we are thrilled to read that Schofield is a nontraditional college student, having taken a break in her college career for five years working as a barista. We believe that it is important that universities exist as big-colony institutions, promoting and supporting the work of students and researchers that have not followed “traditional” routes towards a given career. And of course, it’s even better if some interesting, impactful ant research flows from such support!

For now, keep your eye on this space – we’ll be sure to update our readers as soon as Schofield publishes her first manuscript on this work!